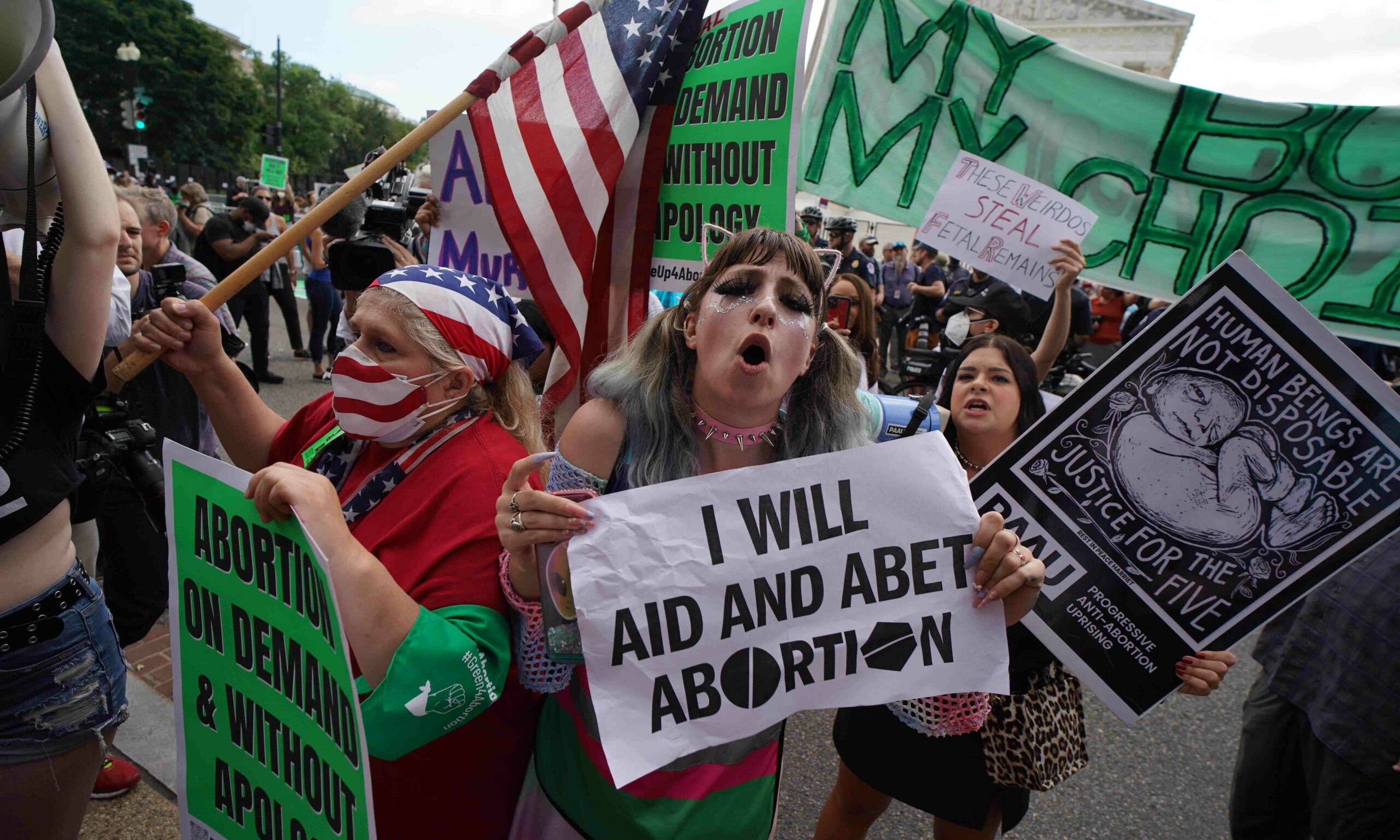 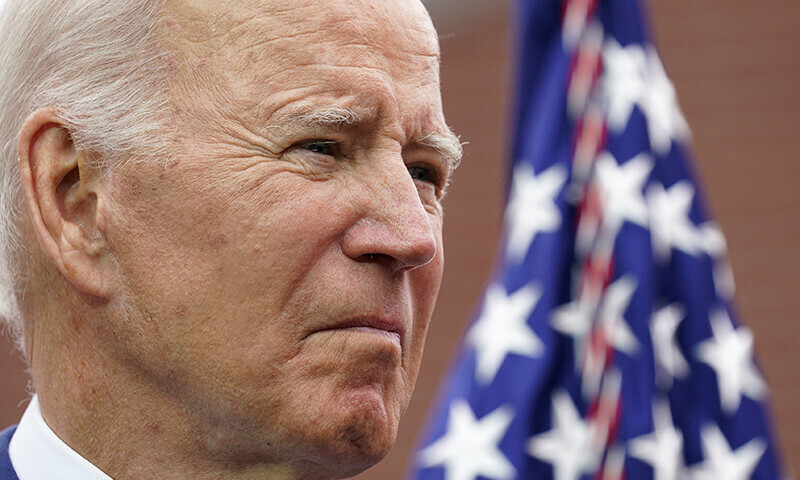 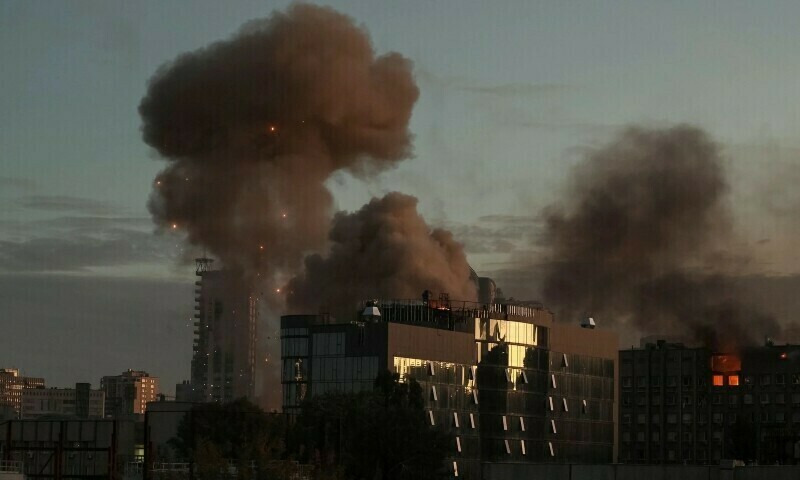 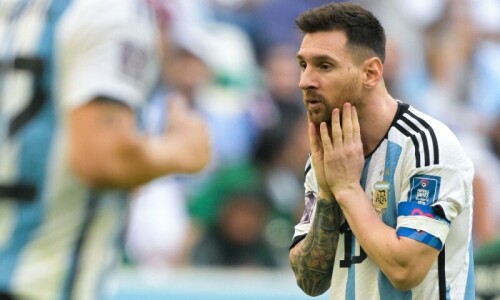 Saudia Arabia were in dreamland; 1-0 down at half-time against mighty Argentina led by the mesmeric Lionel Messi, they were 2-1 up after eight crazy, frenzied second-half minutes of their opening match of the World Cup in Qatar on Tuesday.

The goal that gave them the lead, the one that proved decisive in the end, was worthy of winning any game.

When a high ball came to him, Salem Al Daswari, facing the goal from the left, seemed to have no chance. He then did a roulette, that took him further away, leaving the goal to his right.

But in an instant, Al Daswari turned, taking two Argentine defenders out of the equation. A shot with his right foot beckoned but there were still some Argentine bodies in the way. Al Daswari took a touch that took him away from Rodrigo De Paul and then unleashed a rocket past the despairing, diving Leandro Paredes that touched the fingertips of Emilio Martinez before nestling into the far corner.

Al Daswari reeled away in celebration; joy and disbelief in equal measure. The large contingent of Saudi fans, having crossed the border into Qatar — and making the majority of the 88,000-strong crowd at the Lusail Stadium, was roaring.

Argentina looked devastated. This was something they had in all probability never thought of; this was not the way the game was supposed to pan out for them.

After all, Argentina had come to the World Cup on the back of a 36-match unbeaten streak. Messi’s fifth World Cup was supposed to be his crowning moment. Instead, it seems the ghosts of Russia continue to haunt them.

Then, they had opened with a 1-1 draw against Iceland, where Messi missed a penalty, before being drubbed 3-0 by Croatia. A win against Nigeria took them through to the knockouts where they were knocked out by eventual champions France. It was the first time Argentina had lost a World Cup game to an Asian team. Herve Renard’s Saudis also became the first non-European team to win against the Albiceleste since Cameroon in 1990. Such was their achievement that it left Renard at a loss for words.

“Congratulations to these fantastic players,” said Frenchman Renard, apparently still trying to digest the result that will apparently go down as one of the greatest upsets in World Cup history.

“The stars aligned for us. They came here without losing 36 games, they’re South American champions. They have an amazing player in Messi. But this is football and crazy things can happen.

FIFA World Cup@FIFAWorldCup
Official
One of the biggest shocks in #FIFAWorldCup history
4:08 AM · Nov 22, 2022

That’s probably what Argentina would be hoping for now. On the eve of the game, Messi had spoken about the finals in Qatar potentially being his last World Cup; his last crack at lifting the trophy that would give him the same immortal status in his home country as the legendary Diego Maradona, who delivered Argentina their last World Cup glory in 1986.

“We have to keep our heads up and bounce back quickly,” said a deflated Argentina coach Lionel Scaloni. “We owned the first half and we had goals ruled out for off-side. If we had those goals, a bigger lead, things would’ve probably ended differently. The players are in pain and they are thinking about how we can turn this around.”

Messi is perhaps the biggest draw at this World Cup alongside his great rival Cristiano Ronaldo and he almost set the tournament alight in just the second minute. A trademark shot that he usually buries into the far corner was too close to Saudi Arabia goalkeeper Mohammed Al Owais.

Messi, however, got his moment in the 10th minute when Paredes won a penalty and as Al Owais dived early, Argentina’s talisman rolled the ball to the other side.

Messi’s role with Argentina has evolved in the last decade, no longer does he drop back to pick up the ball and create play. Instead, he now prowls menacingly on the last line of the opposition’s last time of defence, looking to spring clear or use his visionary passing to create opportunities for the team.

The Saudis were playing a dangerous high-line but their ploy was working; Argentina had three goals ruled out for off-side in the space of 12 second-half minutes; the first by Messi and then two by Lautaro Martinez.

But the Asians suffered a blow just before halftime when they lost their captain Salman Al-Faraj; the midfielder taped up to make their opening game after suffering a shoulder injury playing for his club Al Hilal ahead of the tournament.

But instead of the injury bringing the side down, it galvanised Saudi Arabia. They came all guns blazing in the second half and just three minutes in, levelled matters with a goal through the heart of Argentina’s midfield and defence.

Firas Al Buraikan touched a ball won in midfield into the path of the onrushing Saleh Al Shehri, who got away from Cristian Romero and planted a left-footed shot past Martinez. Five minutes later came the goal that turned the game on its head — the wonder strike from Al-Daswari.

Argentina were in shock and they tried to hit back; Scaloni making a triple substitution to change things. But they kept finding the Saudi defence and Al Owais a wall too difficult to breach. The question was how long they could sustain this.

Ten minutes from time, Messi finally had the opportunity to turn the game around. Argentina received a free-kick in prime Messi territory, the position from which he’s scored bucketloads of goals for his former club Barcelona.

It’s been a different story at World Cups, though. In 2014, in the final against Germany, he had a similar opportunity to send the game into a shootout but his shot sailed high and wide. It was a similar story here.

The Saudis could breathe but then came a relentless wave of Argentine pressure. Al Owais was called upon several times and stepped up each time. The time the ball evaded him in the first minute of stoppage time, defender Abdelelah Al Amri was there to head it away from the goal-line.

“It was thanks to God and then the conviction that I and my team-mates had,” said man-of-the-match Al Owais, who was greeted by hugs at the final whistle. The Saudis celebrated wildly, running to the hordes of their fans at the venue. Al Faraj, on crutches, came out to the pitch to celebrate.

Messi, engulfed by the Saudi celebrations, looked sullen. Lusail is the venue for the final, the game where Argentina hope Messi will end their long wait. But they just made their task harder to be there on Dec 18.

“Our team fulfils our dreams!” and “Where is Messi? We beat him!”, the green-clad Saudis chanted over and over in the Lusail Stadium, on their feet and greeting every clearance from their defence with a deafening roar.

Both teams have Mexico and Poland to come, with Argentina needing an immediate reaction if Messi is to have a realistic chance of matching Diego Maradona’s immortality in his homeland by bringing home the World Cup.

Renard warned his players not to celebrate for too long after their “totally crazy” 2-1 win.

“This is football, sometimes totally crazy things can happen,” added the French coach, who previously led Zambia and the Ivory Coast to Africa Cup of Nations glory.

As for enjoying the moment, Renard was eager to look ahead to the Saudis’ next Group C matches against Poland and Mexico.

“[We can] just have a good celebration during 20 minutes and that’s all, there are still two more games.

“When you come to the World Cup, you need to believe in yourself, anything can happen in football.”

However, Renard said he was not entirely happy with his team, despite the stunning upset.

“Tactically we were not good in the first half. Our block was compact but our pressure on the centre-backs and [defensive midfielder] Leandro Paredes was not enough,” said the 54-year-old.

“If we had conceded a second goal at that time, the game would have been finished.

“During half-time, I wasn’t happy because the pressure wasn’t good enough, the determination wasn’t good enough and when you come to the World Cup, you need to give everything. We can’t play as we did in the first half.”

And Renard said it would have been no surprise if Argentina had taken his side lightly.

“Sometimes the opposition does not have the best motivation, it’s normal, it also happened to us when playing lower teams.”